My PyCon APAC 2018 experience in Singapore 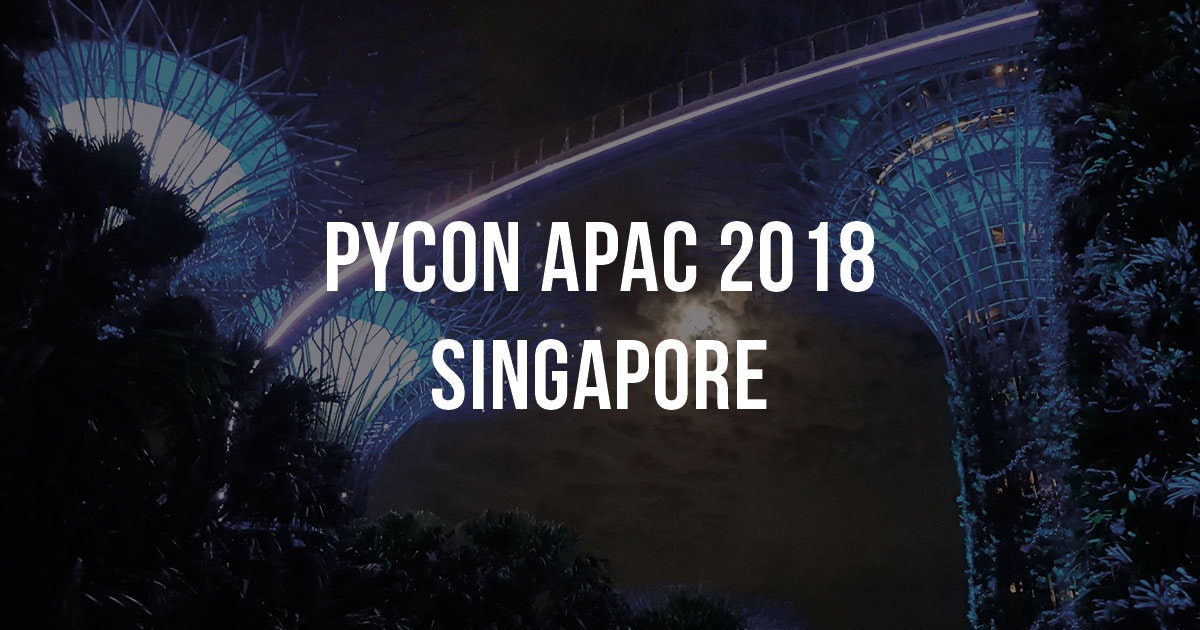 Earlier this year, I was invited to give a keynote talk at PyCon APAC, to be held in Singapore on May 31 – June 2, 2018. It is always an honor to be asked to be a keynote speaker, and this particular conference was taking place in Asia-Pacific – a region which I did not know too much about, since nearly all our clients are based in the US. Eager to explore something different and learn about a new community, I said yes!

I was in charge of the opening keynote on Saturday – the last day of the conference. Given our work in computer vision and other talks we have given in international conferences, I thought it would be a good idea to demystify how modern Deep Learning for object detection works.

This time, it was particularly challenging: while our other talks happened in data science conferences (and with other 2 tracks to attend to at the same time), the entire audience was going to be present at the keynote talk, so needed to be addressed at a general public. This means I couldn’t even assume that the public knew what a Neural Network is! It was very challenging, but in the end – and with great help from colleagues – I think we could arrive to an explanation that showed the intuition, not math formulas, behind it all.

This is the abstract of the talk:

In recent years, models based on Convolutional Neural Networks (CNNs) have revolutionized the entire field of computer vision. Problems like image classification can now be considered solved, and it is easy to construct implementations with any modern Deep Learning framework using fine tuning with pre-trained weights on datasets such as ImageNet.

In this talk, we will explore how and why these techniques work, getting an understanding of the intuitive aspects of what the networks are actually doing. Moreover, this intuition will enable us to understand how to jump from image classification to the more complex problem of object detection, explaining the workings of the Faster R-CNN algorithm in the process.

We will also speak about an open source Python object detection toolkit based on TensorFlow called Luminoth, going over the motivation behind it and showing how it can be integrated to your application.

Here are the slides of my keynote talk:

On my way to the conference I took a short video in streets of Singapore, which I used to detect cars and people with Luminoth, the open-source toolkit mentioned in the presentation above. See here the outcome:

PyCon APAC 2018 was a great experience, and I am very thankful to the organizers for having invited me. I learned many interesting things, found out that Singapore has a vibrant IT & developer scene, and also met many cool and smart people! I am really looking forward to more events like this in the future.