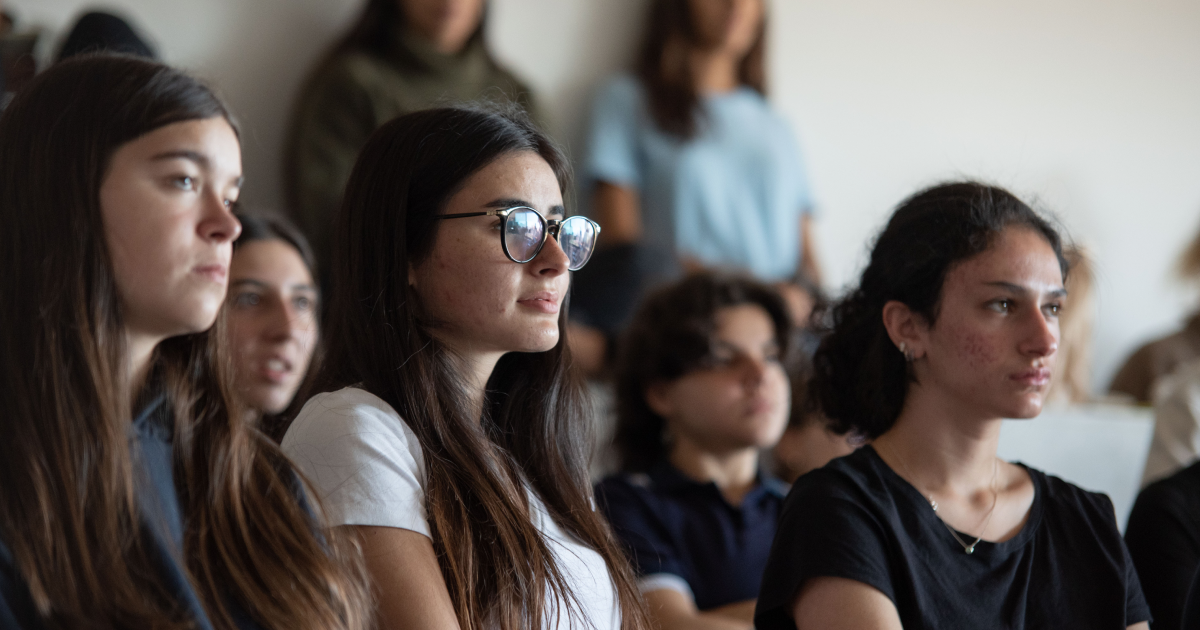 Understanding diversity as a sustained cultural shift, where everyone has the same opportunities and recognition, should be an ongoing shared cause. There is no doubt that gender gap awareness and diversity are finally becoming essential in the IT industry, but what are we doing to take action?

At Tryolabs, we are confident that diversity enriches us as a team and enables us to approach problems from multiple points of view, achieving better solutions. We know that it is necessary to reflect daily as a team on female leadership, existing stereotypes, and bias. So we continue to materialize them into initiatives that bring more diversity to the industry. But what’s next?

Is it about reaching out to girls and boys from an early age and showing them what an equal and diverse industry should look like? Is it about empowering messages and small changes in behaviors around the workplace?

When people with different genders, backgrounds, or cultures brainstorm and collaborate, we are less likely to have blind spots. While Tech is all about AI and Machine Learning, fundamentally, we are trying to understand human beings, human psychology, and human behaviors.

Therefore, it’s critical that people with different perspectives work together and build and train models with our collective wisdom.

Sometimes, it’s all about being aware of how we talk and in what way it impacts others. Compliments and criticism shouldn’t be gender-biased.

Is there any logical reason for prioritizing male technical decisions before those a woman proposes?

Let’s review some scenarios together. Picture yourself in a meeting with a client.

These “not so subtle” discriminations lead to feelings of not belonging, uncertainty about asking questions, and fear of teasing reactions or mocking comments. This must stop being the norm. It needs to be spotted, and it has to be called out.

There’s still a lot to achieve when discussing inclusion and women in leadership. But we are getting there. The most important thing is to give everyone a place to feel equal in a multidisciplinary and multicultural team. The goal is to create an environment where everyone is seen as professionals instead of as men or women.

In recent years, we have seen organic growth in the number of women on our team and in leadership roles. And day by day, we make a great effort so our leaders can help visualize growth paths, motivating others to want to strive in the industry and find their place in the tech world.

When we first started, the male team members definitely outnumbered Lulita as the only woman at Tryolabs. In 2022, our female percentage is up to 29% across all areas. However, on our technical team, only 12% are women. Even though we are amazed by the women on our team, we still look forward to closing the gap. It is known that female technical roles are less common than support roles. Not to mention any role in the industry is more likely to be filled by a man. What’s with these statistics?

One of the more significant barriers to women in tech is at the education level. In Uruguay, women make up the majority of enrolled students at the University of the Republic (UdelaR) but a minority at the School of Engineering. This is a worldwide issue.

We can transfer this to Cuba, where 79% of health professionals are female. Yet, in the School of Mathematics and Computing of the University of Havana, they only make up 26%. Globally, the gender distribution in the industry is 68% men and 32% women.

According to international studies in 14 countries, the probability of female students completing a Bachelor’s, Master’s, and Ph.D. in a science-related subject is 18%, 8%, and 2%, respectively. For male students, it is 37%, 18%, and 6%.

This trend is not only found in university programs. Currently, only 28% of all researchers worldwide are women. Only 17 women have won the Nobel Prize in Physics, Chemistry, or Medicine since Marie Curie won it in 1903, compared to 572 men who have achieved the prize.

A study in the UK found that between the ages of 10 and 11, boys and girls had almost the same commitment to science, technology, engineering, and mathematics (STEM), with 75% of boys and 72% of girls saying they learned exciting things in science. At age 18, this proportion dropped to 33% for boys and 19% for girls. This same pattern in female representation translates into large technology corporations, both in leadership and other technology-related positions.

It’s all about the initiative.

We are aligning ourselves and have been working with organizations that encompass communities of women in technology. CUTI, R ladies, Pyladies, Women In Data Science (WIDS), and Mujeres IT are some that seek advantages and opportunities for women in the technology industry.

Within the framework of these initiatives, we launched a networking campaign to bring girls and women closer to the industry. We invited them to ask questions to the women of Tryolabs to break stereotypes and demystify working in the world of technology.

Also, we annually join an event known as Techy for the day to open our doors to young girls so they can see a day in the world of Tryolabs’ techy women. This year, we joined for the sixth time to raise awareness and encourage girls to consider their future in technology.

This allowed us to meet young girls passionate about technology and inform them about what the industry offers.

What was our goal in joining Techy day?

We love to keep on learning from each other and making an impact on young girls. Learning that some attendees were looking forward to programming right after the event was the “cherry on top.”

But Techy isn’t our only initiative. We’ve also participated in and hosted many conferences and joined different high school talks regarding tech and gender topics.

Since 2019, we have had the opportunity to join many DSS events. At these conferences, we join practitioners, technical experts, and executives to share how to solve real-world problems by employing AI and Machine Learning.

Jennifer made our DSS debut, hosting a talk about Pricing Automation at the DSS Seattle.

Following up, Paz joined the Data Science Virtual Salon: Retail & E-Commerce in 2021. She gave her take on Product Matching and how applying AI and ML to e-commerce automates manual work, translating into millions in cost reductions for big retailers.

This year, Rocío joined leading Women in Data Science sharing techniques and experiences at WIDS Montevideo. She tackled our collaboration with a very large (+600 stores) brick-and-mortar fashion retailer, and told how we developed a solution capable of distinguishing the people who enter and leave the stores with high precision.

We also made it to WIDS Puget Sound in Seattle, where Victoria hosted a talk focused on how Machine Learning is reshaping Price Optimization and Product Matching. She shared results obtained by leading retailers around the globe, exploring both e-commerce and physical store experiences.

But it’s not all about conferences. We also take the time to visit different high schools to share our take on the IT world. In these initiatives, Soledad is usually the star of the show, sharing about benefits, career paths, and other ways to keep learning and growing as professionals.

This year, we were invited by Ceibal to encourage young girls in activities and games that use robotics, AI, and computational thinking. Federica attended and represented the Tryo Girls. She answered questions about the industry and talked about her tech industry journey. We believe that it is essential to keep empowering a new generation of women in tech.

The best solutions come from different perspectives, genders, and cultures.

Many myths exist regarding the tech field. Indeed, we are surrounded by stereotypes and male figures. Still, there are plenty of empowering women already making a change.

We can proudly say that four of our five structural areas at Tryolabs are led by women who continue to inspire us to take action and seek a diverse and equal industry.

Bridging the gender gap is really a shared cause.

We can only achieve this by joining forces as a collective. As we pointed out, science is not a male field. Girls should be as motivated as boys to be part of this industry.

Let’s keep working together, ensuring that everyone can access the same opportunities while enriching our solutions and work environment.